"The IGFA saltwater fly fishing world records were literally rewritten in 1998 in the south-east fishery of Port Stephens. The newly recognised billfish on fly capital of the world was realised with a staggering total of five world records for Black and Striped marlin taken during the Marlin season"

The boys on Calypso, having helped pioneer the sport of big game fly fishing in Australia, means you will be guided by one of the most experienced fly fishing Captains and crew, some of the most successful in the World for big game flyfishing. For Fly Fisherman interested in targeting a World Record on Fly and who fish the waters of Guatemala or Costa Rica then you may be interested in Port Stephens.

When making enquiry please specify target species, size and line class so trip can be customized for your requirements.

Australia and especially Port Stephens has become the hotspot for fly anglers targeting marlin on the fly, with an average day marlin flyfishing we raise around 10 marlin per day with an excellent tease to hooked fish ratio.We customise the tackle to suit tippet class and use a selection of Tibor and Charlton fly reels.

Best time to come for the flyfishing in Port Stephens is from January through April. 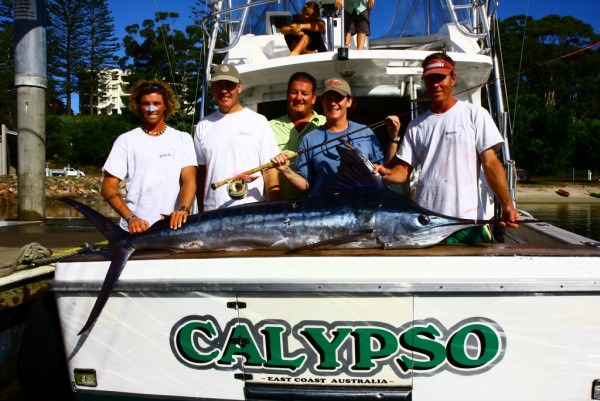 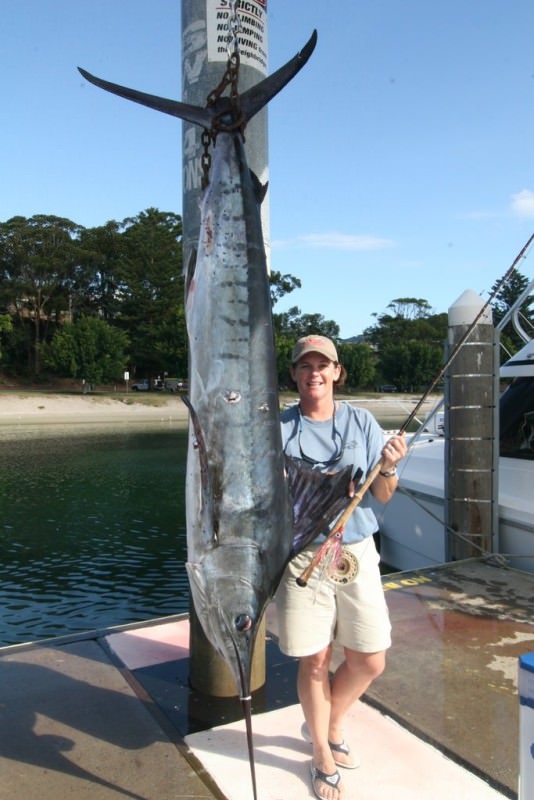 Due to Facebook API changes it is now required that you use your own Facebook Access Token. To obtain a token, please use this tool. We apologize for any inconvenience.

To hide this message add the following to your website CSS file: .cff-error-msg{display:none;}

Due to Facebook API changes it is now required that you use your own Facebook Access Token. To obtain a token, please use this tool. We apologize for any inconvenience.